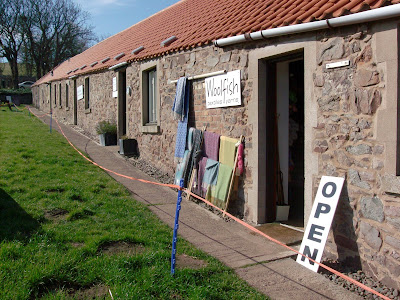 What a lovely day, it is so warm, I think, this time last week it was trying to snow and this week we are getting rid of our winter woollies, but then I remember the Scottish saying when translated into understandable English 'Never get rid of your winter clothes until the end of May'-I have written it this way because I can't spell it the Scottish way.

Which brings me on to Jane and Wally, they came into the shop when Trudi was looking after it and bought this pair of socks, ideal for walking in cold wintry weather which is when they bought them, Trudi managed to get Jane to model them, they can also be Kilt socks 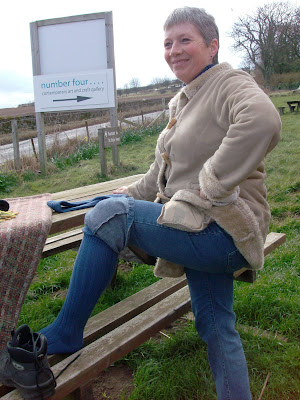 Last Sunday Trudi and I were in Kelso and we passed this castle, it is Hume Castle and very impressive. The borders is such a romantic place, which is quite often overlooked which many people zoooooom past on the way to "SCOTLAND" 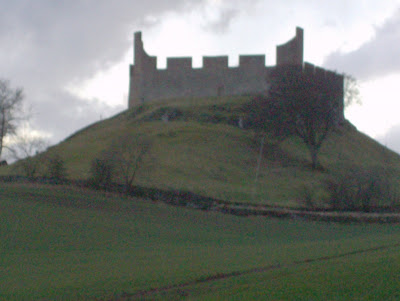 As you maybe can tell, I am learning about the computer and blogging as I go along, yesterday I had a back-handed comment from David McIntosh from Springbank http://www.springbankcottage.co.uk/

I was having lunch there, which was delicious I might add. Anyway he said that he had looked at this website and said that Trudi had done a good job, I told him that I had done it, He - thinking I must be about 100 years old- said that he thought a young person had done it. I think he realized at that moment what he had just implied, there were other customers in and they were offering to get him a shovel, we all had such a laugh :0) 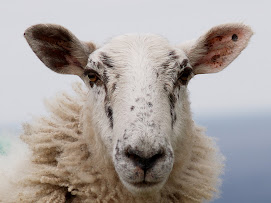 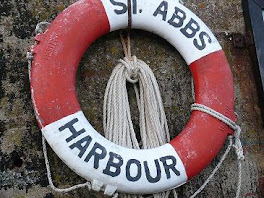